The coronavirus pandemic has undoubtedly increased the speed of digital transformation across industries.

To avoid business disruption, organisations are rapidly turning towards automation as a safer (and more financially attractive) solution compared to the human workforce. In fact, according to a recent report from the World Economic Forum, the next wave of automation will disrupt 85m jobs worldwide by 2025.

With the “new normal” looking more like a “robotised normal”, a couple questions come to mind:

I will look to explore answers to these questions in this article. Let us cover the basics first.

The Link between social responsibility and ethics

At its most rudimentary level, ethics encompasses distinguishing right from wrong and then doing the right thing.

Good business ethics entails doing what is right by users, customers, suppliers, and employees and society without losing sight of the organisation’s goals and objectives.

Social responsibility involves weighing actions and decisions, particularly as it affects people. A responsible company considers and recognises the impact that its decisions and activities have on society and the environment. The organisation also behaves in a manner that positively contributes to society’s sustainable development, health and welfare.

Paying attention to social responsibility is crucial in times like these.

Socially Responsible Automation: What is it?

In 2016, the Institute of Electrical and Electronics Engineers (IEEE) published a report titled Global Initiative for Ethical Considerations in Artificial Intelligence and Autonomous Systems. The report explored the lack of awareness and ownership of socioeconomic concerns surrounding automation. It urged stakeholders involved in developing autonomous systems and AI to go beyond the search for more computational power. It pleaded for human wellbeing, empowerment and prosperity to be placed at the core of automation pursuits.

Essentially, this report was advocating for socially responsible automation that involved adopting new technology to help create a better world for people and the entire society.

A paper on Socially Responsible Automation (SRA), defines it as “the technology choices, business strategies, innovation approaches and management practices that move the affordances of automation beyond cost and performance.”

At the core of the idea lies a premise that business leaders must proactively work on identifying more revenue streams and job-enabling growth as they roll out and refine automation.

The idea I associated with here was that the role of automation should not be to reduce the workforce. It should be to speed up growth by leveraging the unlocked workforce potential through automation.

I could also see how this premise requires a rare breed of managers and organisations. It requires having an unquenchable hunger for innovation and not being afraid of change. It requires being willing to invest in risk appetite needed to unlock growth through outside-the-box thinking.

On the subject of unlocking automation potential and how software can actually be used to fight the top 10 inhibitors of innovation I wrote a separate article.

The pyramid of socially responsible automation

In the paper, SRA is at the highest level of the progress model pyramid – a four-layer conceptual model. This model captures current industry practices as well as envisioned future approaches to automation.

The first three stages to be scaled before getting to the SRA level are:

As can be expected, most companies are embracing automation in the bottom half of the pyramid. Though, as the adoption of automation grows, and organisations mature in its use, managements are also coming to realise the extended opportunities automation brings. Firstly, it can help unlock growth.  Secondly, it can significantly influence the image of the organisation by publicising its effects on social responsibility.

In the era of increased scrutiny of cheap labour abuse, loss of jobs due to automation and dehumanising work conditions, companies can smartly leverage their digital transformation programmes and automation efforts to highlight their social responsibility efforts, gaining loyalty of both their customers and their workforce. But this requires a significant climb up the pyramid. And to understand where on  the SRA pyramid does an organisation sit, answer to a simple self-assessment question should be a good indicator: Is the organisation looking at automation as an answer to reducing current workforce costs, or is it looking at automation to create new revenue streams?

The answer to this question will say more about the management’s ability and/or appetite for long-term and out-of-the-box thinking than about anything else. From this, I can see how socially responsible automation is not about technology at all. It is about leadership skills. It is about game-changers. It is about forward-looking organisations seeing the true potential of automation beyond plain cost-optimisation, and management and workforce working together to unlock this potential. 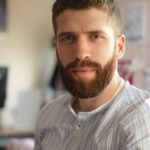 Written by Aleksandar Đorđević. Last Updated on May 17, 2021